Following a call for tender, the European Union Aviation Safety Agency (EASA) has awarded a contract to CAA International (CAAi) for a research project to investigate underwater evacuations of offshore helicopters and occupant survivability.

The two-year project, which follows the initial ‘Helicopter Underwater Evacuation’ project conducted 2019 – 2020,will continue EASA’s research activities in the underwater evacuation of helicopters and address the safety recommendations from the UK Air Accident Investigation Branch report concerning the fatal accident of helicopter G-WNSB while on approach to Sumburgh Airport in 2013. The study will focus on the two highest-priority recommendations from EASA’s earlier Underwater Escape from Helicopters research report, led by CAAi under the EASA 2019.LVP.102 project, namely;

The first study task will determine the forces that human test subjects are capable of applying to jettison an underwater emergency exit when inside a flooded and inverted helicopter cabin. The study will establish an appropriate maximum operating/jettison force. This data will either validate EASA’s current Certification Specifications CS-27 and CS-29 acceptable means of compliance and guidance material or provide the basis for proposed amendments.

The second task will examine how long it takes for all helicopter occupants to complete an underwater escape, considering modern seating configurations and exits representative of the current European offshore helicopter fleet. This task will also validate the requirements introduced under Amendment 5 to the Certification Specifications for Rotorcraft (CS 27 and CS 29), which aims to maximise the likelihood of occupant egress and subsequent survivability in the event of a capsize or provide the technical justification for a future revision.

To support the independent testing of underwater helicopter evacuation, CAAi will work with Fleetwood Test House, part of Blackpool & The Fylde College, one of the UK’s top nautical test houses and certification organisations.

The work will continue to build on the extensive safety improvements that were made after a review of offshore helicopter operations by the UK CAA in 2014.

“We are honoured to be working with EASA on this critical research programme. Since 1997, there have been four offshore helicopter accidents in the UK involving fatalities, tragically claiming the lives of 38 offshore workers and flight crew. By carefully examining the different elements and characteristics of underwater evacuations and reporting realistic survivability data, we are confident this study can further enhance the existing high standards of offshore helicopter safety standards.”

“The results of this research project will be crucial to further improve rotorcraft safety. Furthermore, the output of this research will be valuable source for the development of eVTOL and urban air mobility regulations. EASA is looking forward to a productive and inspiring cooperation with CAAi.”

The project commenced in May 2022 and is expected to complete in 2024. 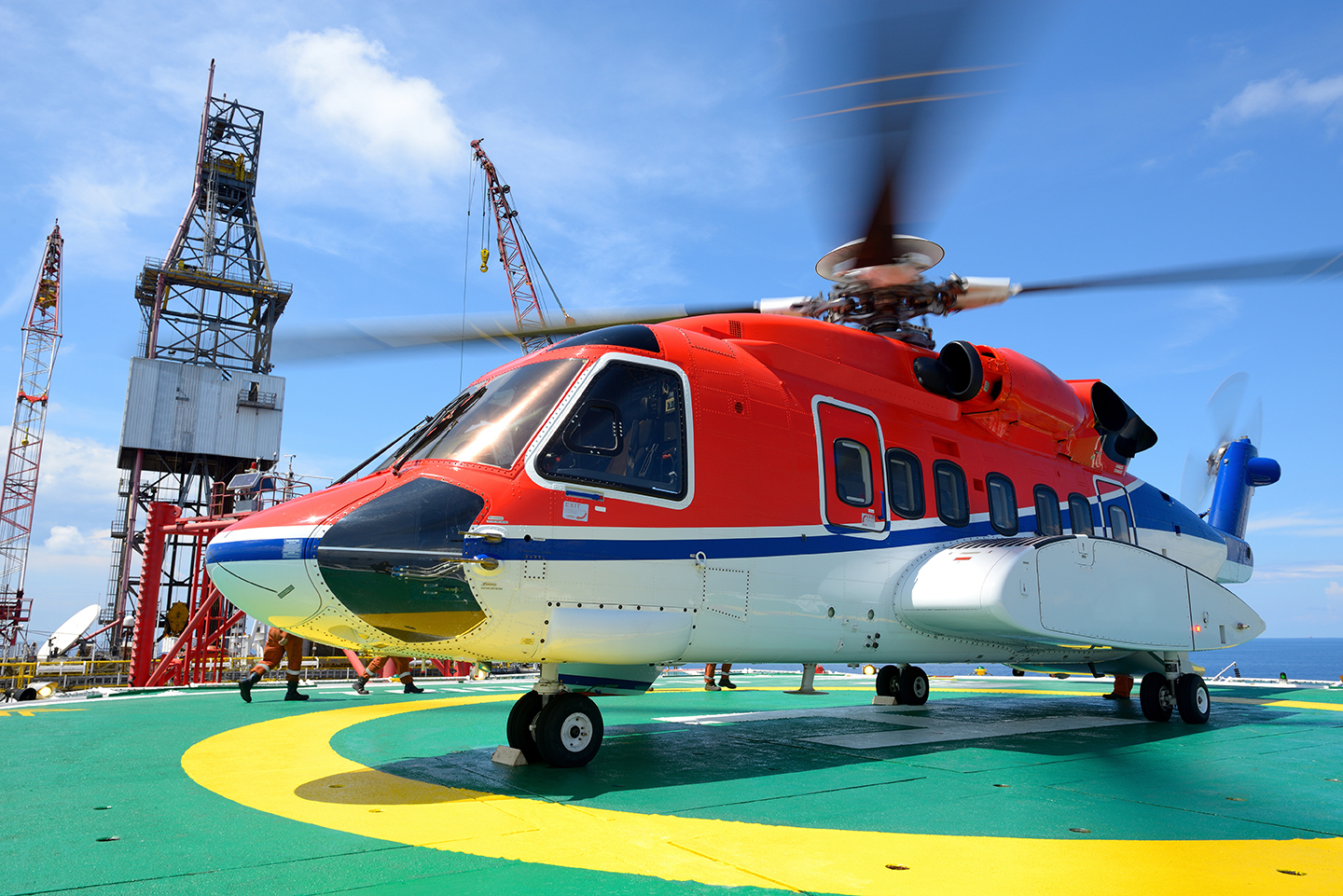 Stuart Coates | Latest News, Advisory Services | No Comments
Following a call for tender, the European Union Aviation Safety Agency (EASA) has awarded a new contract for a research project to a consortium formed by CAA International (CAAi), APAVE Aeroservices and CASRA. The…

CAAi and the University of Surrey sign research and education MoU

Stuart Coates | Latest News, Training | No Comments
CAA International (CAAi) has signed a memorandum of understanding with the University of Surrey (US) for joint research and education programmes in civil aviation and air transport management. 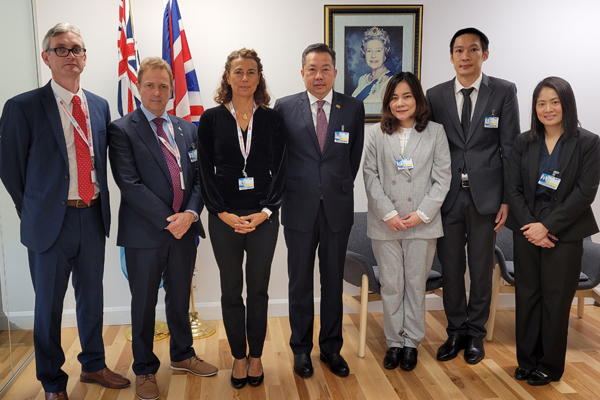 Stuart Coates | Latest News, Advisory Services | No Comments
The Civil Aviation Authority of Thailand (CAAT) has appointed CAAi for technical assistance to implement new civil regulations into Thailand’s aviation system. The contract was signed on the first day of the ICAO 41st… 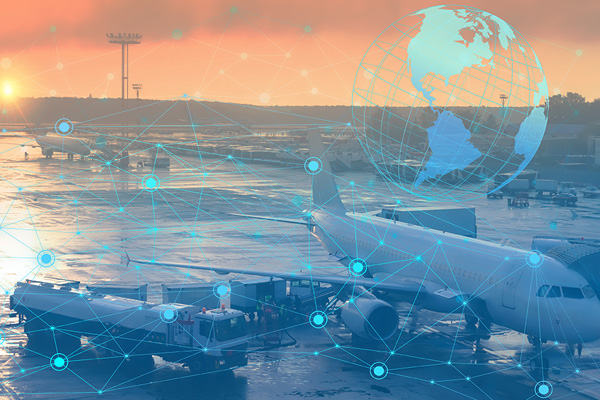 We have delivered expert advice, capacity-building, training, and examination solutions in over 140 countries; from Brunei, Hong Kong, Malaysia, and Thailand to Columbia, Cyprus, Kazakhstan, The Maldives, and Sierra Leone, to name just a few.

Working in partnership with international institutions such as the International Civil Aviation Organisation, the European Union, the European Aviation Safety Agency, and the World Bank Group, our work takes us across the globe to deliver positive, sustainable change to aviation and regulatory standards. Some of our projects include:

For more information, please get in touch

We recognise that we can only deliver on our vision with an engaged and happy team, so we take our approach to reward, recognition and benefits seriously. We strive to ensure everyone has a competitive salary and much more in terms of benefits to recognise and reward their impact.

Some of our benefits include:

One of our core values is to never stop learning. We’re proud of the rich talent development opportunities offered to our employees. As part of the People Plan commitments, we are focused on developing every individual to allow them to fulfil their ambitions and potential.

Whether you see yourself as a technical expert or a future leader, there are opportunities for you. Our bespoke learning and development tools include short online courses through to multi-day programmes that will help you grow; from wellbeing programmes (like mindfulness) and key skills development (such as influencing and negotiation) to management and leadership training courses and qualifications.

Our wide range of courses and resources are open to all to support you in your current role and, help you get ready for a great future.

We have an approach to performance and development that supports accountability, wellbeing, and puts you in the driving seat. It encourages open dialogue between you and your manager with regular conversations to help shape your aspirations, share feedback, manage your progression and build your personal development plan.

We are also signed up to a cross-regulator mentoring programme that gives access to leaders and staff from other regulators to help you progress your career.

We want to inspire and engage with young people to explore careers in STEM, aviation, and aerospace to support and encourage their future career choices. Aviation and aerospace needs to be ready for the future and we need different talent, ideas and values to make that happen. We are committed to supporting the ambitions and interests of everyone to create opportunities which are inclusive and engaging for all.

STEM (Science, Technology, Engineering and Maths) is the umbrella term used to cover work promoting those subjects in education and to young people. Our work in the area is primarily about promoting the broad range of exciting jobs and careers that are available in aviation along with the skills and knowledge that someone looking to enter the sector could require.

It has been recognised by the aviation community that there will be an anticipated shortage of skilled aviation professionals in the near future.

By promoting awareness of the aviation and aerospace sector, the variety of career pathways you can take and the subjects that help you get there, we aim to inspire young aviators into this industry.

Visit the CAA STEM Microsite
Share via
Facebook
Twitter
LinkedIn
Mix
Email
Print
Copy Link
Powered by Social Snap
Copy link
CopyCopied
Powered by Social Snap
We use cookies on our website and have placed these on your computer. By continuing to use our website you consent to this. For more information, including how to change your cookie settings and to disable our non-essential Google Analytics cookies, please refer to our Cookie Policy. If you do not wish to be reminded of this on each visit, please use the close button.Ok